HOW FAST ARE KNOWLEDGE OUTDATING AND WHEN IS IT TIME TO GET FRESH ONES? 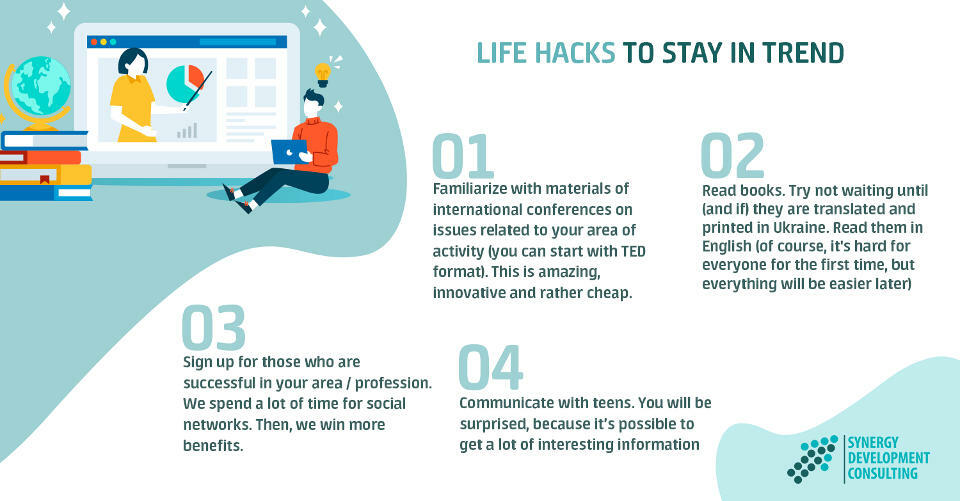 The general amount of human knowledge doubles every 2-3 years. When I was looking for quantitative statistics for this article, I read this phrase three times, because I just could not get it for the first time. Moreover, if you turn on the imagination and “gather” all knowledge acquired by person throughout the lifetime and “put” it into an imaginary box, you will have two such boxes already in 2 or 3 years. Each new part of knowledge is combined with the previous one. As a result, there is an exponentially increase, new arrays of knowledge are generated. The following phrase becomes more and more popular nowadays: “here we must run as fast as we can, just to stay in place. And if you wish to go anywhere you must run twice as fast as that.” Is this right? Simultaneously, yes and no ... Further, I will try to explain the reason.

We know the above-mentioned term from nuclear physics courses. It denotes the timeframe during which half of the atoms decay. However, no one can say exactly which atom will disintegrate within a given period :) Similar processes also happen with knowledge.

Recently, a group of French scientists decided to answer the question on the knowledge outdating timeframe.

They chose about 500 scientific articles according to their specialization (it was medicine) and tested them in different ways. As a result, most of the articles over the age of 15 were out of date. Similar studies have also been conducted in the fields of nuclear physics, chemistry, neuroscience, etc. ... As a result, even more interesting are the following findings: only knowledge acquired 5-7 years ago is relevant. Moreover, try to guess the half-life in new business areas 6-9 months! ... Months!

Actually, going back to education. Graduates finish their education institutions with knowledge that is already half updated.

The ability to adapt is our advantage! You may also define it in different way: the development of something is only possible in case you develop it. The formation of new neural connections in the brain increases the ability to absorb and store information.

We propose you a measure of life hacks:

Be inspired and achieve your goals!